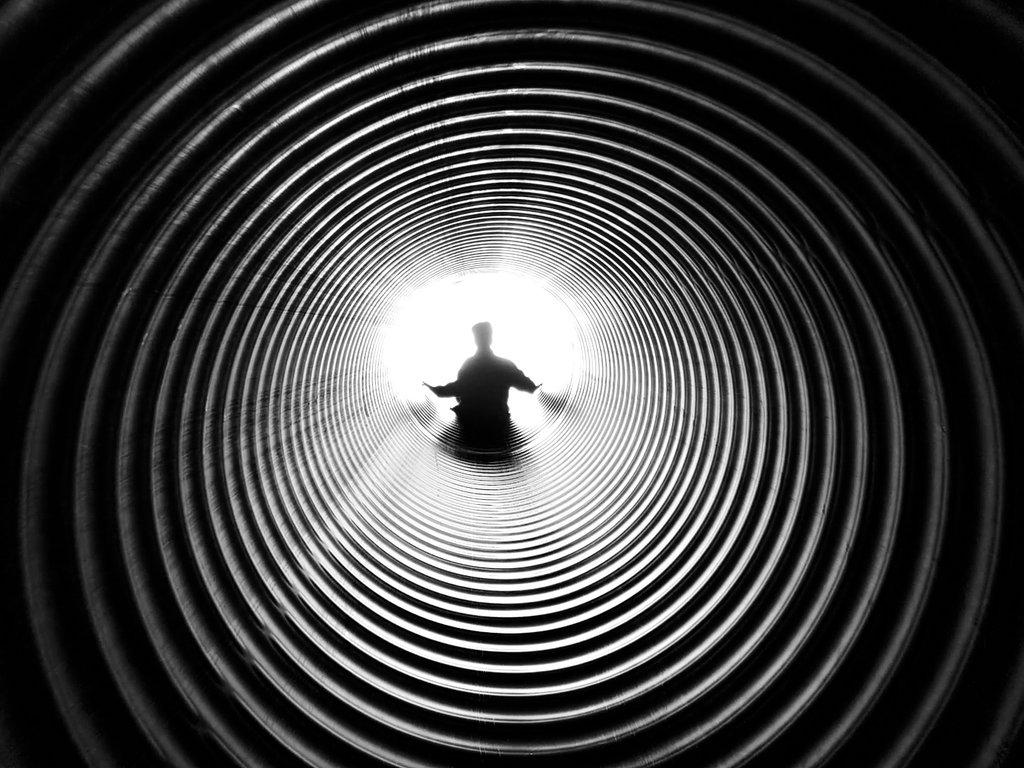 Black holes are perhaps the most mysterious objects in nature. They warp space and time in extreme ways and contain a mathematical impossibility, a singularity – an infinitely hot and dense object within. But if black holes exist and are truly black, how exactly would we ever be able to make an observation?

Robert Penrose is a theoretical physicist who works on black holes, and his work has influenced not just me but my entire generation through his series of popular books that are loaded with his exquisite hand-drawn illustrations of deep physical concepts.

As a graduate student in the 1990s at Penn State, where Penrose holds a visiting position, I had many opportunities to interact with him. For many years I was intimidated by this giant in my field, only stealing glimpses of him working in his office, sketching strange-looking scientific drawings on his blackboard. Later, when I finally got the courage to speak with him, I quickly realized that he is among the most approachable people around.

Sir Roger Penrose won half the prize for his seminal work in 1965 which proved, using a series of mathematical arguments, that under very general conditions, collapsing matter would trigger the formation of a black hole.

This rigorous result opened up the possibility that the astrophysical process of gravitational collapse, which occurs when a star runs out of its nuclear fuel, would lead to the formation of black holes in nature. He was also able to show that at the heart of a black hole must lie a physical singularity – an object with infinite density, where the laws of physics simply break down. At the singularity, our very conceptions of space, time and matter fall apart and resolving this issue is perhaps the biggest open problem in theoretical physics today.

Penrose invented new mathematical concepts and techniques while developing this proof. Those equations that Penrose derived in 1965 have been used by physicists studying black holes ever since. In fact, just a few years later, Stephen Hawking, alongside Penrose, used the same mathematical tools to prove that the Big Bang cosmological model – our current best model for how the entire universe came into existence – had a singularity at the very initial moment. These are results from the celebrated Penrose-Hawking Singularity Theorem.

The fact that mathematics demonstrated that astrophysical black holes may exactly exist in nature is exactly what has energized the quest to search for them using astronomical techniques. Indeed, since Penrose’s work in the 1960s, numerous black holes have been identified.

The remaining half of the prize was shared between astronomers Reinhard Genzel and Andrea Ghez, who each lead a team that discovered the presence of a supermassive black hole, 4 million times more massive than the Sun, at the center of our Milky Way galaxy.

Genzhel and Ghez used the world’s largest telescopes (Keck Observatory and the Very Large Telescope) and studied the movement of stars in a region called Sagittarius A* at the center of our galaxy. They both independently discovered that an extremely massive – 4 million times more massive than our Sun – invisible object is pulling on these stars, making them move in very unusual ways. This is considered the most convincing evidence of a black hole at the center of our galaxy.

Movement of stars at the center of the Milky Way galaxy; evidence for the existence of a supermassive black hole. The stars are the big round bright objects therein. The arcs are tracks of their movement over time. The star symbol in the center is a dark object that everything appears to be moving around. That is indeed the supermassive black hole. This animation was created by Prof. Andrea Ghez and her research team at UCLA and are from data sets obtained with the W. M. Keck Telescopes.

This 2020 Nobel Prize, which follows on the heels of the 2017 Nobel Prize for the discovery of gravitational waves from black holes, and other recent stunning discoveries in the field – such as the the 2019 image of a black hole horizon by the Event Horizon Telescope – serve as great recognition and inspiration for all humankind, especially for those of us in the relativity and gravitation community who follow in the footsteps of Albert Einstein himself.

This article is republished from The Conversation under a Creative Commons license. Read the original article.


Scientific Research
Categories: Around the Web